During Pregnancy, women definitely take advice once before eating anything. This is often done by women who are close to the experiences of becoming a mother for the first time. There are many such foods item, which women are advised to stay away from during pregnancy. So first let us know that can sugarcane juice be drink during pregnancy during the summer season?

During pregnancy, there is an abstinence from certain things for women. In this delicate period of nine months, women get cravings for different things to eat and drink. The summer season has arrived, so some women feel like drinking sugarcane juice to keep themselves cool.

It has been told in a research that sugarcane juice is helpful in protecting the fetus from natural birth defects. According to another research, sugarcane juice contains polyphenols, which play a helpful role in controlling weight in pregnancy by boosting metabolism.

The low glycemic index of sugarcane juice maintains the energy level in the body. Also, it can reduce the symptoms of morning sickness in pregnancy. Considering these facts, drinking sugarcane juice during pregnancy can be considered safe.

Benefits of Sugarcane Juice During Pregnancy

As you learned above in the article that drinking sugarcane juice during pregnancy is considered safe. Below we will discuss the benefits of this in detail.

During Delivery, women suffer a lot from the problems of constipation. At the same time, elements that increase digestion capacity are found in sugarcane juices. Also, potassium is found in it, which can provide relief from constipations.

We are well aware of how painful it is for a pregnant woman to experience vomiting in the first trimester. Doesn’t feel like eating anything. At the same time, a research related to this clearly states that sugarcane juice prepared with ginger can provide relief to a great extent from these symptoms of morning sickness.

During pregnancy, a woman feels tired all the time. In such a situation, sugarcane juice can be helpful in making them active throughout the day. Actually, sugarcane juice with low glycemic index boosts the energy level in the body rapidly. Therefore, pregnant women can take the help of sugarcane juice to keep themselves active.

Disadvantages of Sugarcane Juice During Pregnancy

Sugarcane juice is safe to drink during pregnancy in limited quantities. Taking an excessive amount of it can cause some disadvantages, which are mentioned below.

Read More: Saffron During Pregnancy – Know Its Benefits and Disadvantages 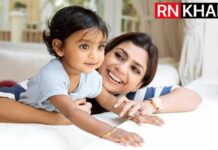