In the world, there is a lot of language spoken, but if we talk about the technical field, then it is necessary to have an understanding of Programming Language, which only the computer understands. Java is a great programming language.

What Is Java Programming

Friends, do you also want to learn Java? So, in the first Detail, it is important to know what Java Programming is, Java is both a General Purpose High Level Computer Programming Language and Computing Platform. It provides such a platform to the Application Developer, by which once writing the code, it can be run anywhere.

Which means Compiled Java Code can be run on all the platforms that support Java without recompile. You must also have noticed that if you run some web application, program or software on your computer, the message comes Java Not Installed. This happens because there are so many applications and websites that are built in Java that they cannot run without installing Java.

Friends, there are many people who think that the way everything has a full form today, then the full form of Java will also be necessary, but for your information, let us know that there is no full form of Java. , Java is a High Level Computer Programming Language.

Java is everywhere from your Laptops, Computers to Data-centers, Game Consoles to Scientific Supercomputers, and Cell Phones to Internet. Now you must have understood what Java means.

Have you ever thought about who has created such a great programming language?

If you do not know who is behind making Java Programming, then know further.

So this is JAVA INVENTOR – JAMES GOSLING

Java was introduced in June 1991 as a project named “Oak” by “James Gosling”. Java’s first Public Implementation was Java 1.0 in 1995.

Which was intended to be “Write Once, Run Anywhere” on the popular platform. Some Major Web Browsers soon added it to their Standard Configuration as a secure “Applet” configuration.

So it was Java Developer who introduced you to this great Programming Language.

Right now you are using Java, but have you ever thought when and how it was started?

After knowing about Java Inventor, we will know what is the history of Java, how did Java get started?

The history of Java is not very old, Java is a programming language, developed in 1995 by a company called Sun Microsystems.

Java was started by James Gosling, along with his fellow Computer Scientist friends, to run the project with Sun Microsystems planning to have Operating System Built Up with the C ++ language, but James Gosling was not satisfied with the C ++ programming language .

Oak was based on Syntax of the C ++ language, but Oak was a simpler, more stable and better Network Supportive programming language than C ++. Then the name of Oak language was changed to Java in 1995.

Many people think that Java has only 4 version but no, Java version was also released from time to time, so how many versions of Java have been released so far.

So this is the Java version that has been released so far. Java was started in this way and now you can do so much with the use of this language.

Let us now know how this language works.

How does java work

If you want to learn Java Programming Language, then it is important for you to first know how this language works. When compiling a program of Java, the program does not change completely in Machine Language and change to an Intermediate Language called Java Bitecodes, this code can be run on any operating system and any Processor.

The compilation of a Java program occurs only once, but whenever the Java program is run, there is an interpretation of that program, Java Bitecodes can be called Machine Code of Java Virtual Machine (JVM).

Do you know what are the features of Java, let’s also know that.

The reason for being such a popular and useful programming language is its great features.

Java is the first programming language that is not tied to any hardware or any operating system, Java is a Platform Independent Programming Language.

This means that we can run Java Programming Software on many other operating systems such as Linux or Macintosh without any changes.

1. This is Simple Programming Language

Java is a more secure language than other language, in this language, after all the code is compiled, it is converted to Bitecode so Java is very safe language.

2. Software can be made with this

By using Java Programming Language, we can create Distributed Software, this means a software that can work on different computers connected to a network simultaneously.

3. This is a secure Programming Language

4. Java is a Fast Programming Language

Java is very Fast Programming Language, but Compiled Language like C ++ is Java a little Slow but we cannot speak Java as Slow Language because Java is very fast as compared to all other programming languages.

5. It is also Dynamic Programming Language

Java is more dynamic language than C and C ++. Variables and classes written in Codes in Java are Allocate in Run Time. Because of which not much memory is used.

6. Can do more than one task

Java is a Multithreaded Programming Language. Java programs can do multiple tasks at the same time.

Java Compiler creates Architectural Neutral Object File Format which makes Compile Code like Execute. The code compiled with this can be run on any machine.

Being a platform independent, it is very portable.

Let us now know how you can teach this language.

How to learn java language

It is a very successful programming language whose popularity is increasing day by day.

Today this language is used in many works. So let’s know how to do Java Programming by learning Java language?

So clear the basics of Java Programming Language. Examples of Basic Java such as Loops, Functions, Classes, Objects error etc.

Pay attention to theory as well: You can also get help with theory. For this, you can take help of Books. But even completely, you read Depends on Java, related books.

Do not try to understand all things at once. After taking some time, understand the code and practice it continuously.

Regularly read about java: Continuously read various topics of Java and try to explore it as much as possible.

This will help you in maintaining the interest of Java.

Communicate with another student of Java: You can take help of those who have taught Java language. Which is already Expert in this Programming Language. Ask whatever questions you have related to whatever problem you are facing.

Learning Coding is Tough, which you cannot learn alone by yourself, for this you will need an experienced people.

Group Study: Group Study is a very good way to learn Java. With this, you get to know new things and everyone gives their different ideas on Topic.

You can also present your Idea and discuss your problem at the same time, then form a group with those in which everyone is learning Java language.

Create Small Programs: Once you are completely Confident with Basic Stuff, Keywords and Concepts, now you can create Basic Java Program.

So download Java, for the first time it will be a little tough, but when you create the program again for the second time, it will be easy for you and the mistake you have made earlier will not be done the second time.

Create Advance Programs using Java Apis: Once you complete creating Basic Program and you are completely Comfortable to create Java Program (Basic Program) then after that you now have Java Collection and Java IOS Hard work has to be done to learn Java Apis inside.

Start exploring the various classes and interfaces included in these Apis and start creating programs for them.

If you are facing any kind of problem, then you can take the help of Experts. Read all the good materials that will help you in finding the solution. Read the books that are related to your concept.

Friends, by following these steps mentioned above, you learned how to learn Java Programming.

This was the information of Java language which you got here.

So friends here, you got full details of Java Programming Language.

If you want to go to the technical field, then this post will help you a lot to learn Java language.

So guys, when are you starting to learn Java, Java Full Form, comment in the Comment box and tell us what you think on this post. 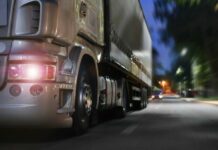